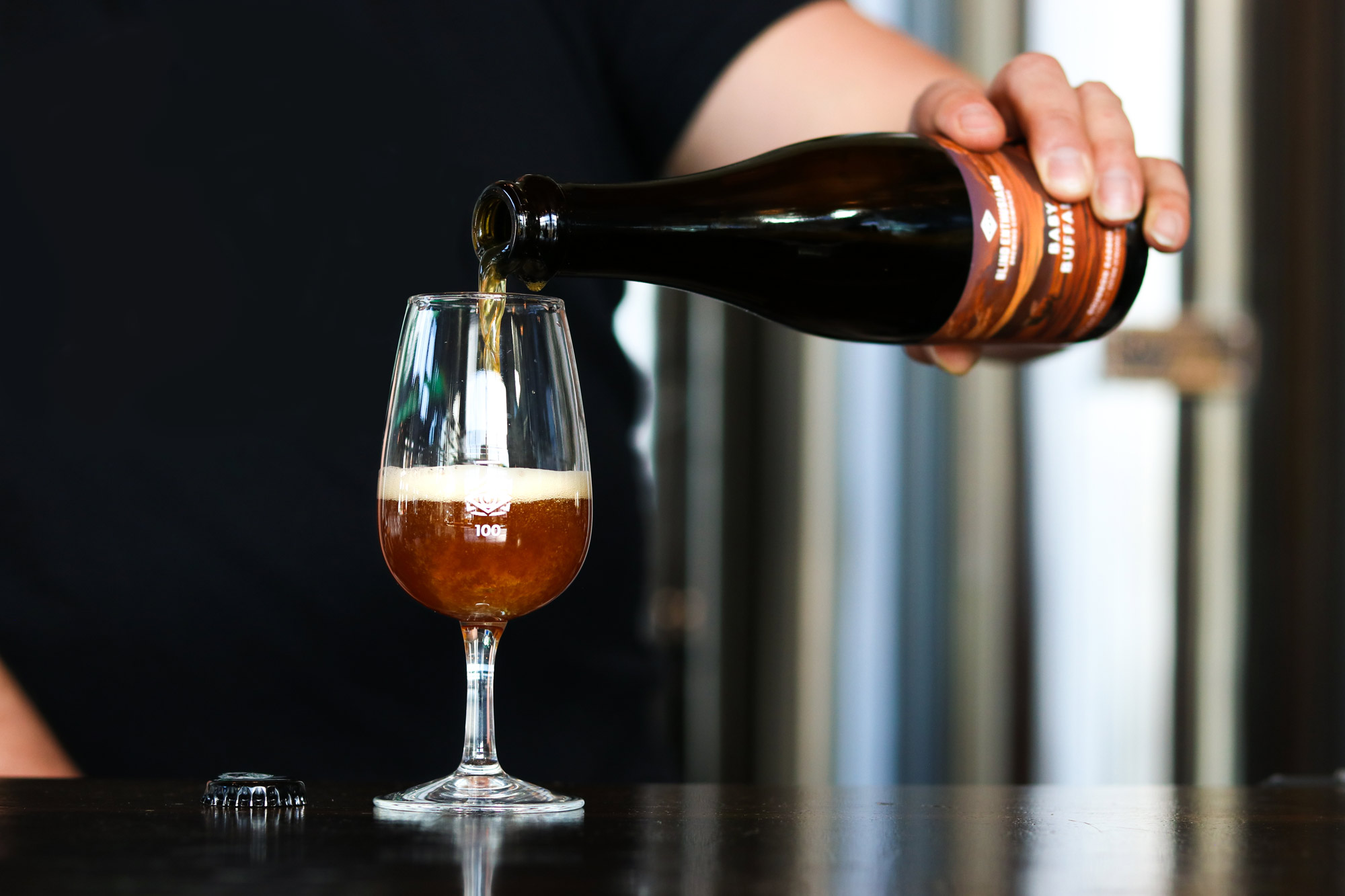 Most people that follow Blind Enthusiasm remember the great success that was Buffalo Meadows. One of the challenges that followed the release of that beer was we didn’t have an immediate plan on what to do with the barrels we used. We knew we couldn’t just put the same beer into barrels for a second time and expect the same result. We did know that you need to fill barrels as soon as possible after emptying to get the best result so time was of the essence to figure out what to do with them.

After some quick planning Rob decided to brew a medium strength Amber Ale to use as the source for the second fill. As we were fairly new at barrel-aging at the time we didn’t really know what to expect, but we did have a goal of a smaller, lighter barrel-aged beer and assumed that a second fill wouldn’t quite give the same alcohol and bourbon punch as the first fill. So with our 5.8% beer in bourbon barrels for an uncertain length of time we imagined a beer that would end up at around 7.5% ABV.

During the course of aging beer in barrels we check them (i.e. drink a sample) every couple months to see how they progressing. It’s fair to say that for the first year and a half we didn’t have high hopes for this beer. It wasn’t picking up much Bourbon or barrel quality, and it seemed to be a slightly different version of the original beer we put into barrel. Then something magical happened around month 18 and the beer completely transformed into a the finished version of the beer we’re now enjoying. The additional time in barrel definitely softened the alcohol notes and we were a little surprised to see it end up at 8.9% ABV. Hardly a baby beer! 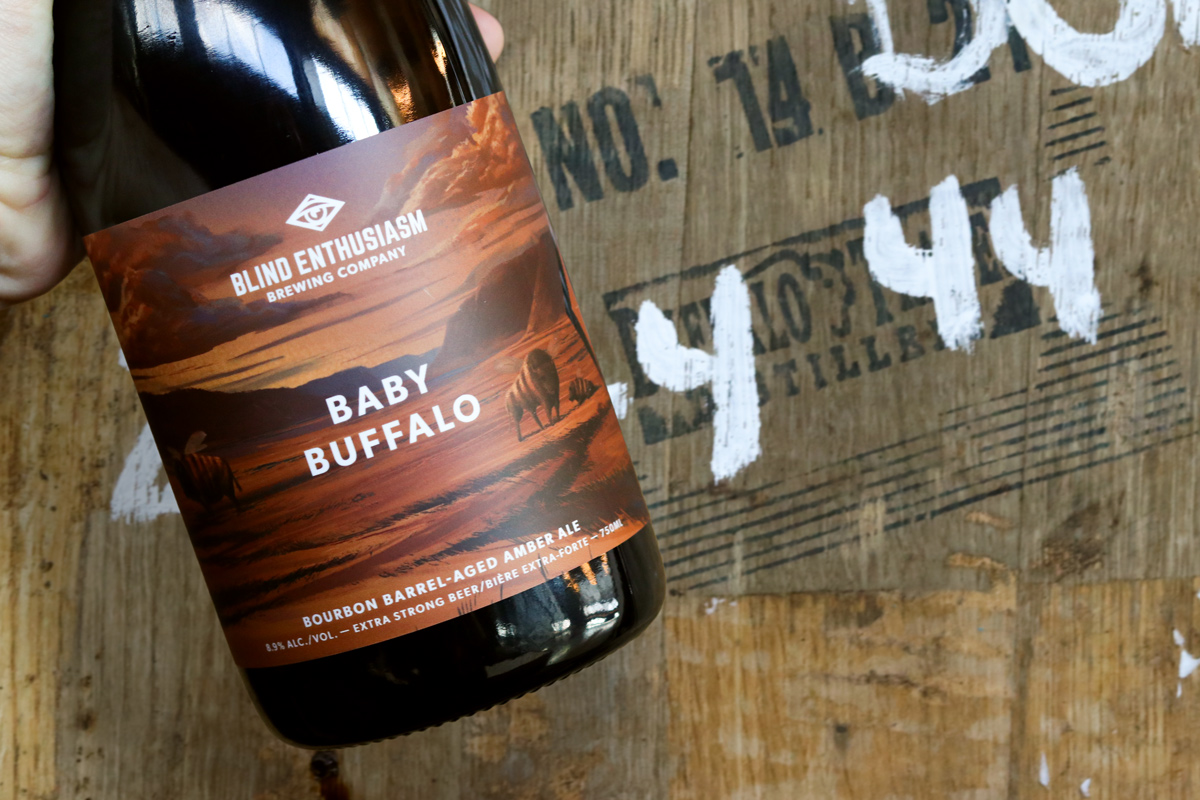 Baby Buffalo has notes of caramel malt, vanilla, and a hint of dark cherry and raisin in the finish. It’s fairly dry but does have a little perceived sweetness from the Bourbon. We couldn’t be happier with the result and are happy to be releasing it in both 375ml and 750ml bottles. We also happened to keg a fairly large amount of it so you can expect to see it on tap at Biera for a while. We hope you like it.