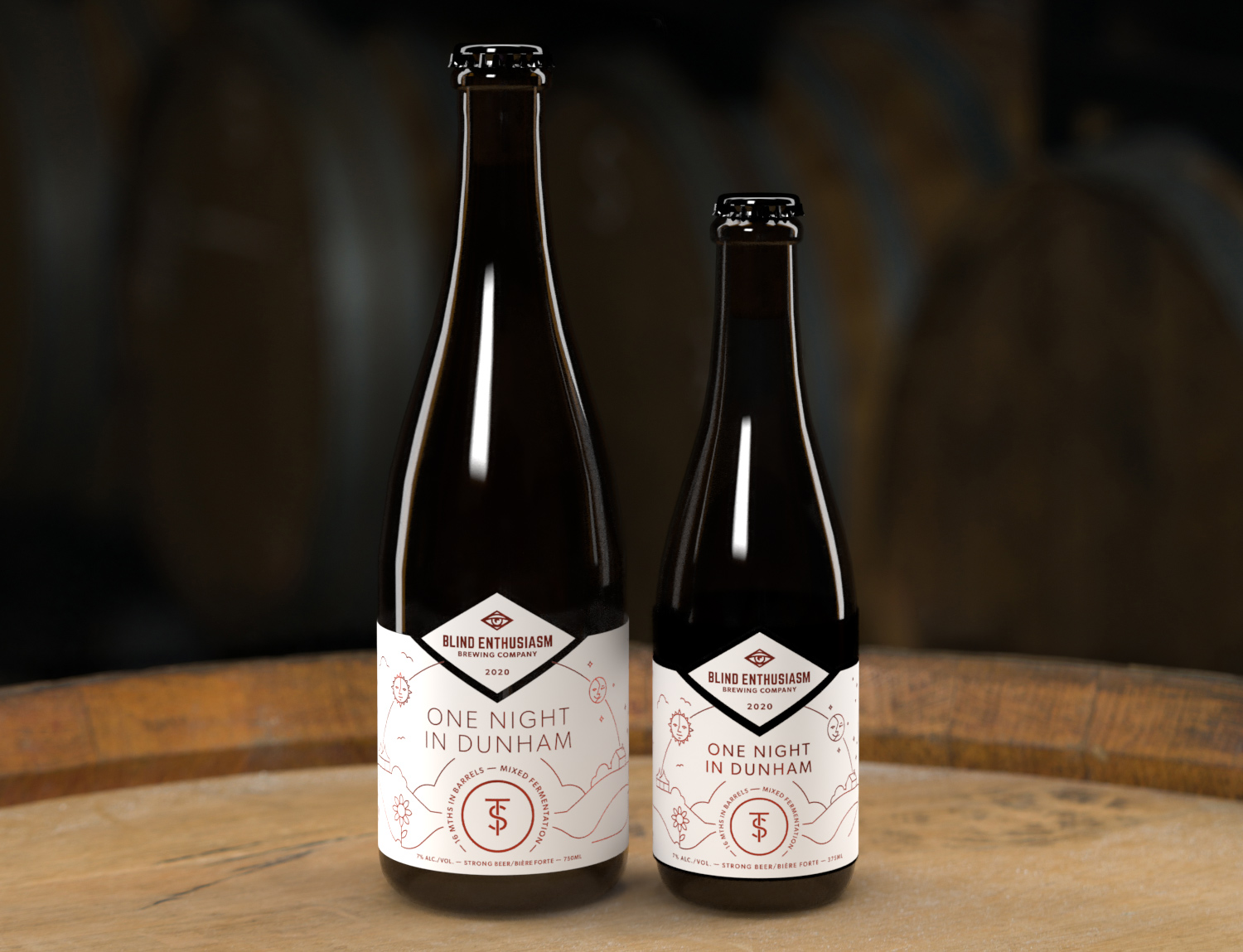 A couple years ago we had the great privilege of pouring beer at Foudres Unis, a beer festival hosted by Brasserie Dunham in Quebec. Once we arrived in Dunham, we were told that we would be sharing accommodations with the folks from Twin Sails. We had never met the Twin Sails team before but weren’t concerned as most folks in the brewing business tend to be easy to get along with. To make matters even better, the generous folks at Dunham provided each accommodation with a case of their beer, so we got to work sampling the wares with Cody, Clay and Eli and got to know each other over a few beers and next couple days. As tends to happen in these circumstances we thought it would be a great idea to do a mixed fermentation collab together at some point. We didn’t have a specific plan or date in mind, but the intention was clear. 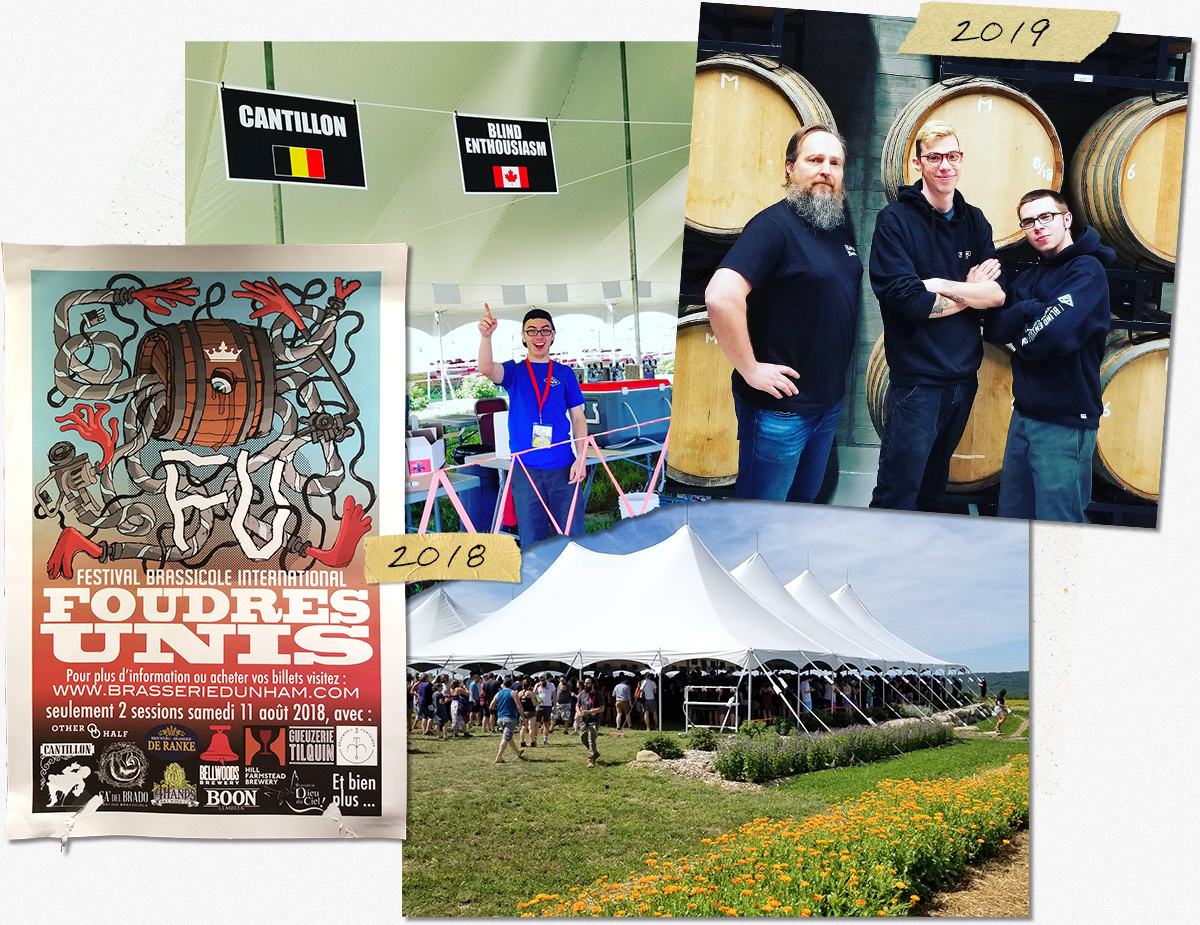 In early 2019 we heard that Eli was traveling to Edmonton along with Jeffrey, one of the Twin Sails sales team, for a local festival and tap takeover so we put our collaboration plan in to action. Eli and Doug worked together to plan out the recipe opting to go with something different thqn our standard base wort. Typically, the Monolith beers use just Pilsner Malt and Unmalted Wheat. The idea was to change it up with the addition of Caraaroma and Munich malts to add fruitiness and depth, which would highlight the use of freshly emptied Spanish red wine barrels we happened to have. The wort was made using the turbid mash method typically used for the Monolith beers and placed into the fresh 500L Spanish red wine barrels with a house blend of microorganisms. As you may have noted from a prior post, we’ve learned that our mixed fermentations beers peak after 12 to 18 months in barrel, so true to form we waited until 16 months before blending the batch and some additional barrels to round out the blend. As we bottle condition all of the Monolith beers it spent nearly 9 months in the cellar until we felt the secondary fermentation and conditioning were complete.

We are delightfully happy with this beer and the result we got from using the different wort. It has a dark copper color and bright red fruit notes due to a combination of the choice of malt and the impact from the Spanish red wine barrels.

It also picked up some tannin from the barrels which helps round out the texture. We don’t have any special hop additions in this beer beyond our standard aged hops, so it has low bitterness. Finally, it has a medium level of acidity that does a great job emphasizing the red fruit notes that characterize this beer.

The name of this beer and branding stem from its origin. One Night in Dunham we met the folks from Twin Sails and agreed to make a beer with them. The label is an homage to their iconic style combined with our passion for landscape art on our expansive beers. We hope you like it.

One Night in Dunham will be released on Sunday, August 15. Here’s how you can get your hands on this limited edition beer on Sunday:

The Biera Market & Bottle Room is on the main floor of the Ritchie Market, across from Biera. No tickets are needed. 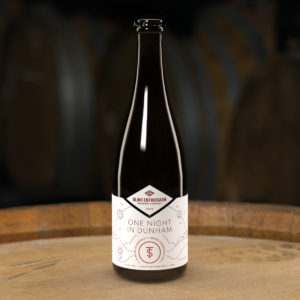 One Night in Dunham can be pre-ordered on our online shop.

Shop One Night in Dunham