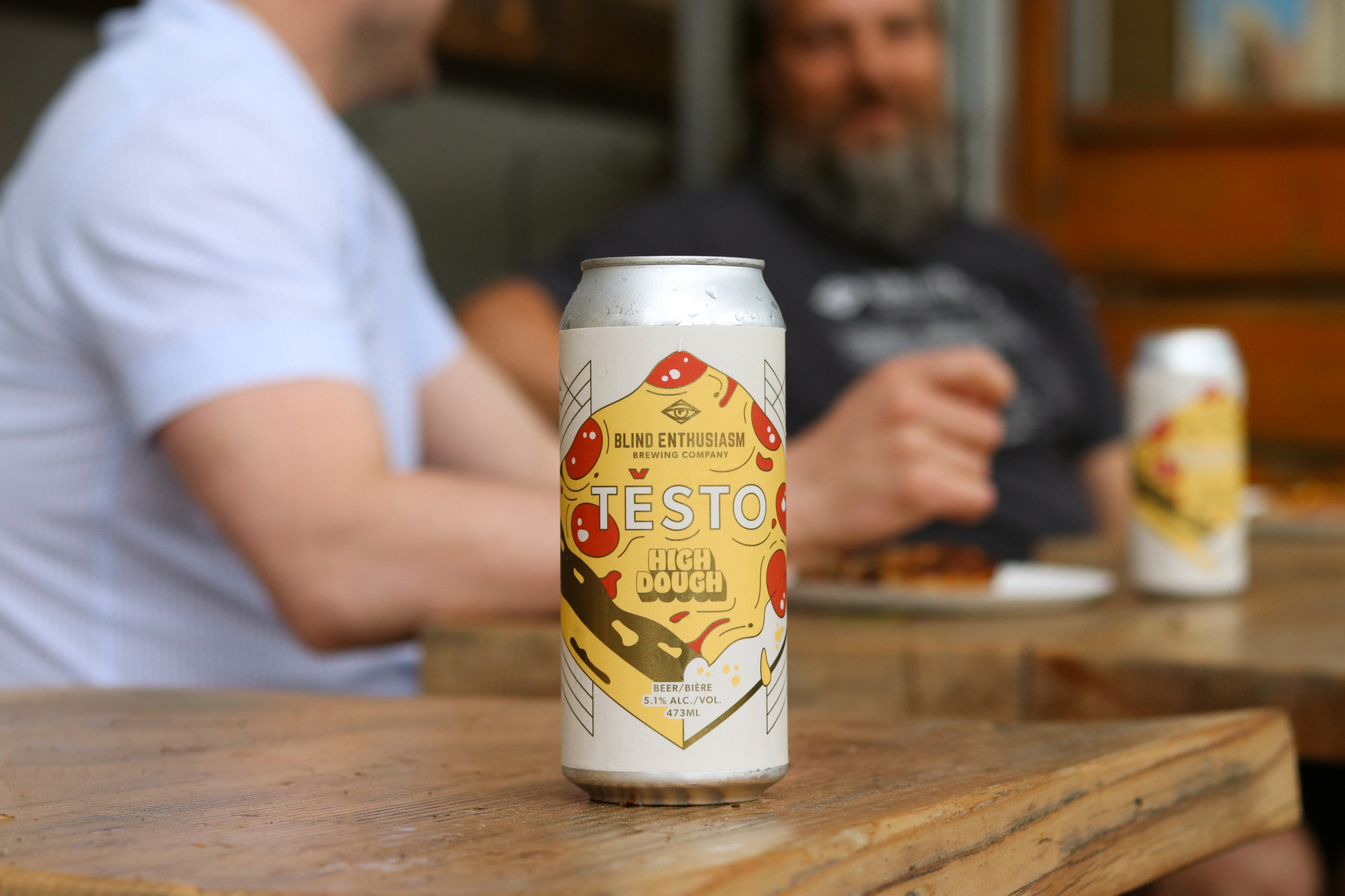 From time to time we get to make fun beers and work with folks that we respect and with which we share some common ground. In most cases these are either collaborations with other breweries, or special beers that raise money for charities where generous donors get to have a hand in the brew. Once in a rare while we do something a little different in this vein, and Těsto is the most recent example.

We’ve known the team from Three Boars/Farrow/Wishbone/High Dough for a number of years and have expressed a desire to work together. Thanks for a persistent common friend we finally connected earlier this year with a goal of making a collaborative beer between High Dough and Blind Enthusiasm. The first job was to try and figure out if beer actually went with pizza. After some serious experimentation we proclaimed them to be a great match and started working on specific beer ideas. 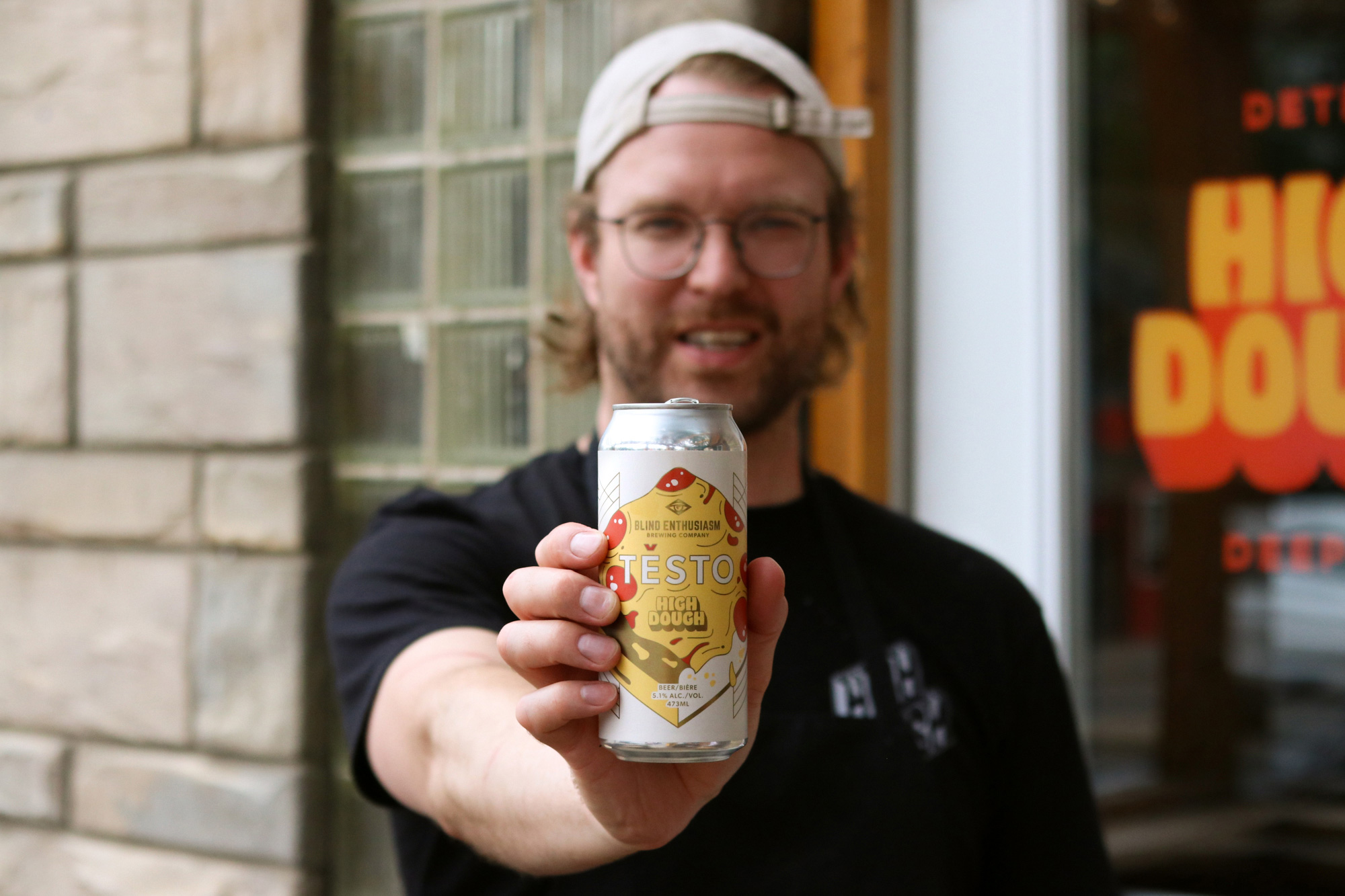 Brayden Kozak (head chef and co-owner of High Dough) teamed up with our head brewer Rob Monk to consider recipes. After a quick initial discussion they decided to do a lager with crisp bitterness and fruity hop notes. Rob checked the Blind Enthusiasm cupboards and saw that we had some unassigned Czech malt, and a fair amount of traditional Czech Saaz hops. We also had recently received a shipment of South African hops, including a variety called Southern Passion. To come full-circle, Southern Passion is a hybrid of German Hallertauer and Czech Saaz, but unlike the subtle European hops it is known for having tropical fruit, berry, and citrus notes. So, we decided to combine all of these ingredients in a fairly traditional beer with a twist. All that was missing was the name.

Naming beers can sometimes be tricky, but it this case it was surprisingly easy. High Dough has a huge focus on its pizza dough. The beer is Czech-inspired. Brayden suggested we use the Czech name for dough, which happens to be Těsto. And that was it, we had a name.

The final beer turned out just like we wanted. It’s bright and dry, has a hint of doughy malt flavour, a combination of fresh cut grass, tropical fruit and orange peel notes, and finishes with a balanced bitter bite. And, it’s amazing with pizza!