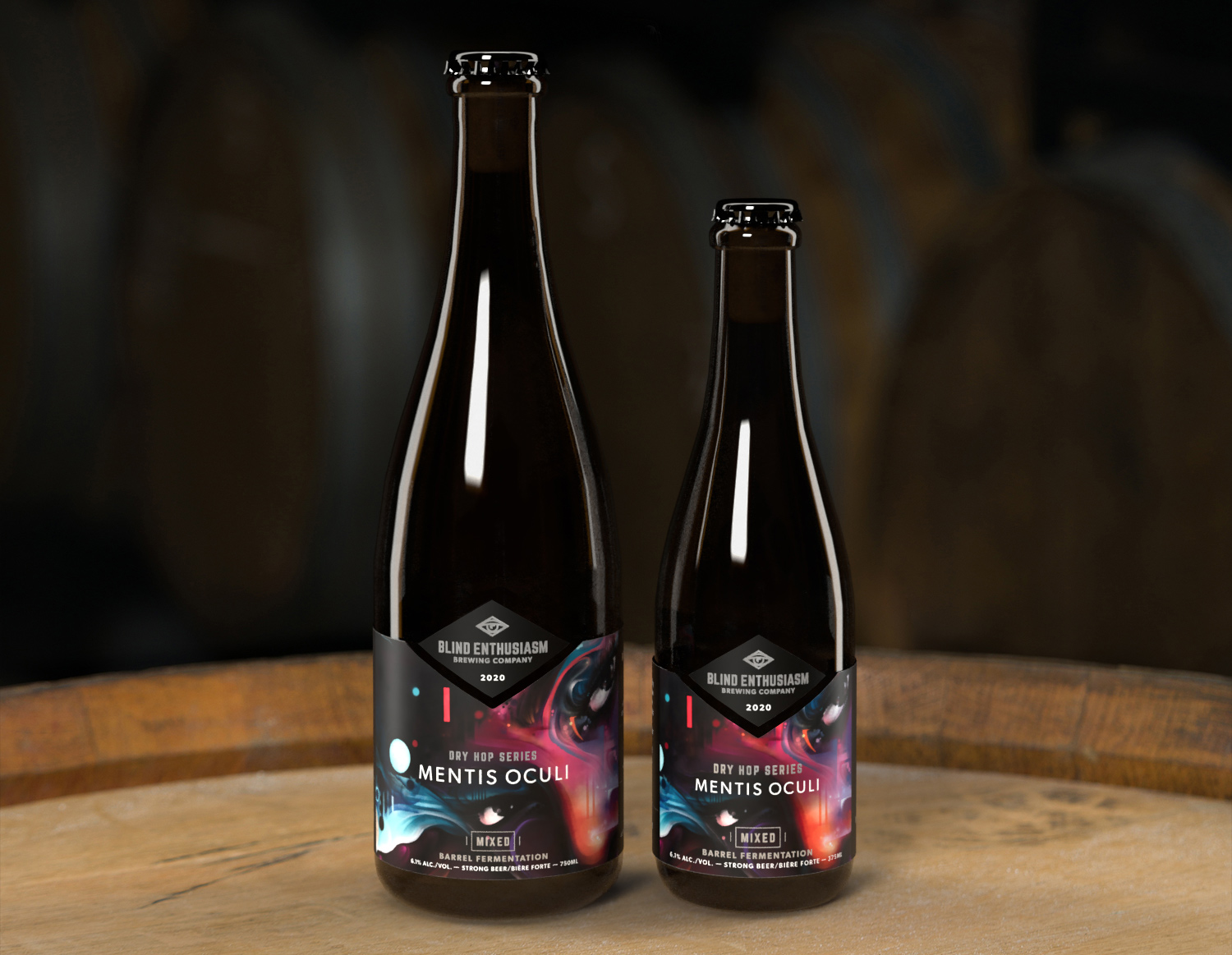 Our first release of 2021 is Mentis Oculi, an addition to our Dry Hop Series from the Monolith. Like its sibling Un Petit Peu we used a blend of mixed fermentation barrels from our first batches of beer fermented in Marsala barrels. You’re likely wondering why it’s taken much longer for this beer to be released in comparison, and there is a very good reason for it. Barrel fermented beer can be fermented for between one and four years, changing and developing character over time. Previously we have made blends when our barrels were younger (about 1 year) as they showed great characteristics for young barrels. We did however sit on the remaining barrels for another six to eight months and discovered that additional fermentation time further rounded out their character and made for a more delicious beer. 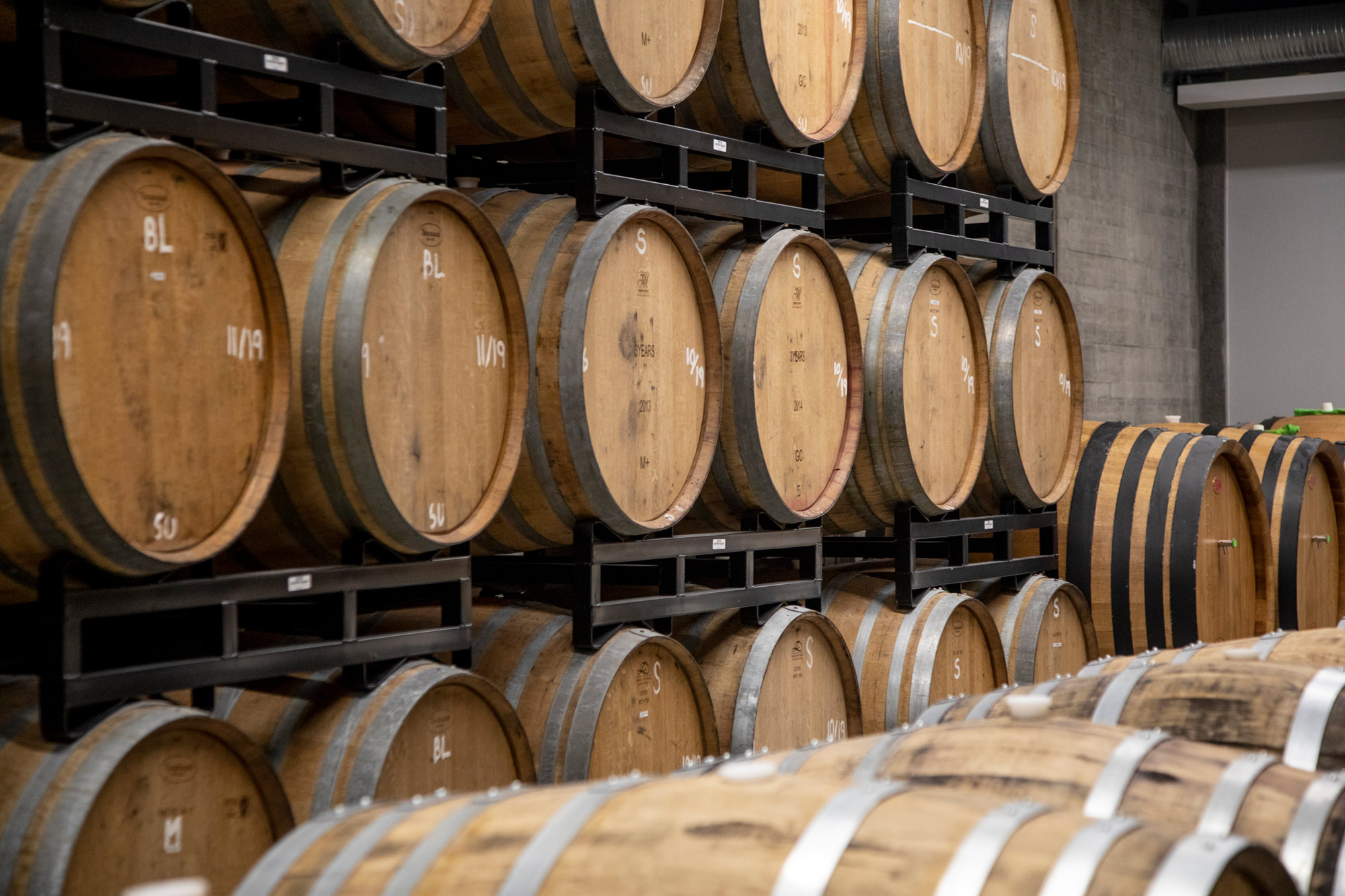 Mentis Oculi differs from previous Dry Hop Series beers due to a change in hop varietal in the dry-hopping regime. Dry-hopping is a process where we add fresh pelletized hops to a finished beer in order to extract hop oils and resins to add hop character to the beer. For Mentis Oculi we wanted to combine both old world and new world hop character. To achieve this, we used a combination of German Tettenang and American Simcoe. We expected the combination of these two very different hops would result in something more than the sum of their parts.

The final beer resulted in honey floral, ripe papaya, and light menthol hop character. The hop character is balanced by a full, round texture, fermentation character, and medium-light acidity. We are extremely happy with how it turned out.

Like other beers in the Dry Hop Series this one also features art from the mural on the back of the Monolith by the amazing Mr. Cenz. The piece of the mural we chose the label also happens to reflect the title of the beer (Mentis Oculi means “of an eye”).

This beer will first appear exclusively in a Biera Box raising money for the CASA Foundation supporting children’s mental health. You can order your Biera Box here for Jan. 15 & 16 delivery. It will be generally available at the end of January in our online store (for delivery or pickup), at the Biera Market for purchase, and in restaurant and liquor stores around Alberta.