The very first review we received was by noted local food critic Twyla Campbell, and it was initially presented during an appearance on CBC Radio during Edmonton AM. It was then followed up by this delightful written review. As you may imagine we were very pleased with the kind words we received. 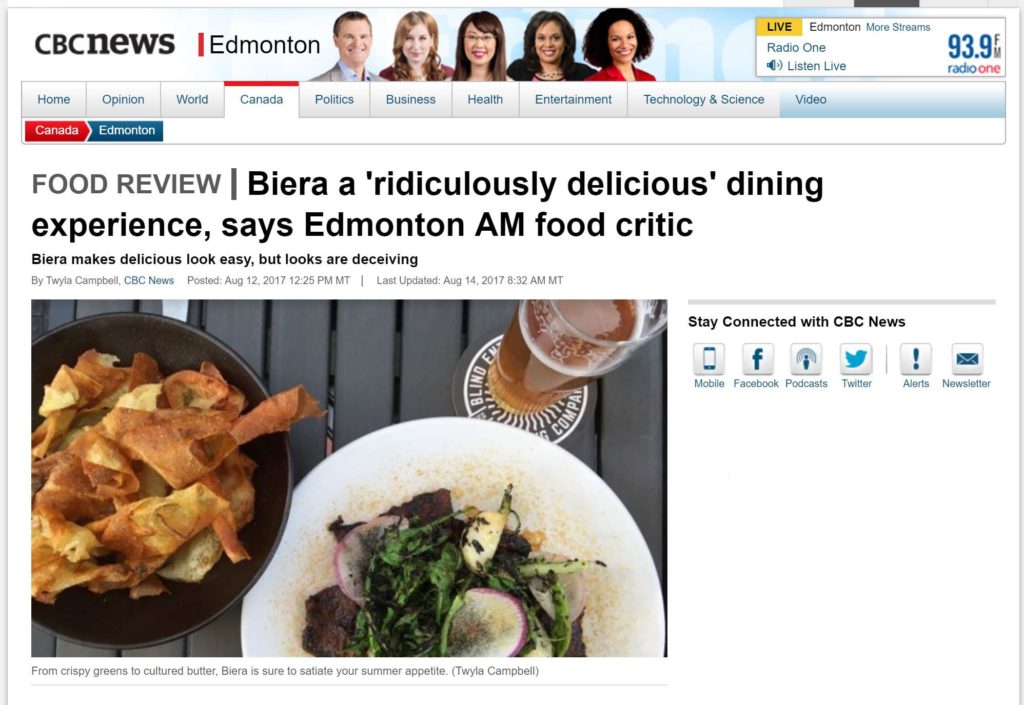